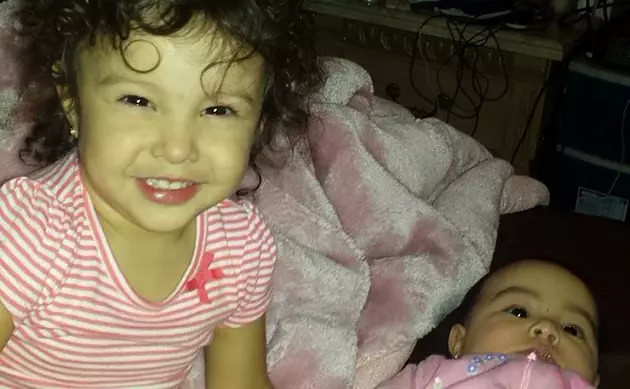 “Transformation is a process, and as life happens there are tons of ups and downs. It’s a journey of discovery - there are moments on mountaintops and moments in deep valleys of despair.”

That phrase, moments in deep valleys of despair, sticks out to me the most. You see, at this point in my life I wasn’t just having moments in this valley of despair, I had built a makeshift hut and made it my permanent residence with “keep out” signs posted all over. As motivated as I should have been to work my way out, or at least get to sea level, I had convinced myself that this makeshift hut in this deep valley was all I had and I was going to make it work. Occasionally, there were times where I would build myself up as ready to finally make that trip to that mountaintop. If I just got this bottom off this couch and actually put in some work I would be ready to make that climb in time, but eventually, I would decide it just was going to take way too long to get there and it was almost dinner time anyway. So I’d try again another day.

Life is full of moments where we find ourselves at a crossroads, needing to make a choice that could affect the trajectory of our whole future. At the moment they feel minute in meaning, but as time passes you realize one situation handled differently would have changed everything. I stood at this fork in the road once again, embarrassed and saddened as I looked into the eyes of one of those miracles I mentioned earlier. A beautiful baby girl who just wanted to be held by her uncle but he couldn’t. I walked away from her with my head down and just one thought in my mind: never, ever again.

Maya Alison Garcia: the most beautiful baby girl you have ever seen, the third of my nieces. I love every single one of my nieces and nephews but it was always different with Maya. She wanted to be in my arms, and when I held her and she looked at me with those big eyes I knew I would do anything for this little girl. While at a birthday party one day Maya was crying as I was walking by. She reached out so I scooped her up and started walking around to continue helping with the party. Three minutes into our walk, I start to feel a pain in my lower back. I was 24 years old and my back was hurting because I was carrying an infant. I was too embarrassed to tell anyone, so I tried to power through but not two minutes later I was throwing in the towel handing her off with the excuse that I needed to use the bathroom.

There we were, I’m walking away from a crying infant who just wants to come with her uncle on his pretend trip to the bathroom. I was angry, but this time it was different, I wasn’t angry at the world for putting me in this situation. I wasn’t mad at God for making me this way, I finally and rightfully was mad at what I had allowed myself to become. I was angry because I knew if I didn’t make a change these beautiful nieces of mine might never get to know their uncle or even worse grow up knowing me and lose me very young because my health was deteriorating right in front of them.

This was Moment #1, the first time I told myself that for my nieces, for the future kids I want to have, and for my own damn pride that this shit would never happen again. That something had to change, that I had to change.

I was no longer content in the valley of despair. I found my motivation to do more than just think about the mountaintop: I was going to go for it.

The first step in a new journey is very important. You have finally decided it Is time to move forward. But the second step…that is by far the most important. You see, that first step sets your direction and starts your path, but with the second step you have committed yourself, not only have you chosen your path but now you’re moving forward in an actual attempt to get there. Each and every step you take after that just means you’re that much closer to reaching your goal. I took that first step and decided I was going to get out, but how? What was my second step going to be? How was I actually going to follow through?

I had taken that first step countless times before, talking big about going to the gym, convincing others I was ready to get in shape as long as I had someone to guide me, only to show up once and then go back in hiding, pretending like my phone wasn’t working. So what would be my next step? Simply put, I just decided to get off my ass, leave that indention on my couch, and walk. Night after night, I would walk. At the time it seemed so minimal to me, 30 minute walks every night, and then some minor changes to my diet but it was something I could stick to, something that became natural and just a part of my routine. I was moving around, my feet and ankles hurt, but I enjoyed the pain because it meant that this 330-pound guy who had given up still had something left to give. Two months later I was down to 300 pounds, I was alive and awake for the first time in a long time.

Two more months passed and slowly but surely I incorporated some running into my walks. Not very much, but thirty minutes had increased to an hour. I was working harder but I had only gone down another six pounds. Even though I was down to 294 pounds and I was happier than I had been in a long time it wasn’t good enough. As most people are with weight loss, I was doing the minimal amount of work and expecting maximum results in return. Unfortunately, that’s just not how life works. The fact of the matter is, you will only get back as much as you put in. Even though walking was a great second step for me, more had to be done. I still wasn’t good enough, I still had so much more to go, and I needed something new to push me forward but I couldn’t find it. I was stuck until she showed up and everything changed.

You see, I really had resigned myself to a life of being alone. I hadn’t made a single effort to enter the dating scene. There was one lady, though, that I always had my eyes on from afar. Unfortunately, I was too ashamed of what I was to ever say anything, until one day I got a text from her asking if I wanted to go to a Brett Eldridge concert. My first thought was absolutely not, because self-confidence was still at an all-time low. I decided just to make an excuse. “The concert is too short notice for me, I can’t make it.” Which was 100% bullshit, there was nothing I wanted more than to go to that concert. Then a thought bubble popped up in my head. “You’re down 34 pounds and you have nothing to lose, just go for it.” These were the first signs of a small semblance of confidence forming. “Hey, the rodeo is next month, how about we go see Lee Brice instead?” I finally shot my shot, I felt like a new me, but I still needed an answer, a “No” at this point would for sure set me back. Seconds felt like minutes, minutes felt like hours, hours felt like days. In reality, it took less than a minute for a response, but damn did it feel like days…“YES!” I was alive again if even for a moment, I wasn’t ashamed of who I was, I was just a man who after thousands of painstaking steps forward had made it somewhere finally. It was time to push myself even harder.