Rick's Lifestyle Change - The Next Step 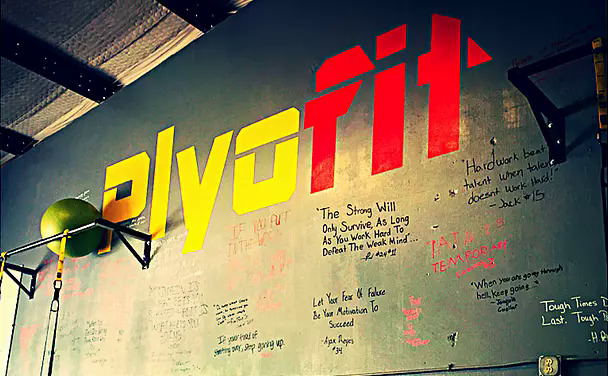 “Look at what you want to change, gather a few people who believe in it like you do, and start moving forward. It's important to remember that you don't always need a destination. Sometimes, you just have to make forward motion. And you absolutely can.”

At this point in my journey, my destination was still in question. I knew I wanted to be healthier and have the ability to play with my nieces for many years to come with no pain. I knew that there was this lady who I wanted more than anything to have the confidence to actually ask out on a date. I had no idea how far I would have to go to reach these goals. For the first time in a long time though, I knew what I had to do, and there was nothing in my head that could stop me from reaching these goals. But then again I’ve said that before.

I heard about a gym that was run by my uncle’s former student, Carlos Rodriguez, called Plyofit. The day after I went to a Lee Brice concert, I was thinking in my head that I had no shot with this girl, but then I decided I would never accept that feeling again. I sent Carlos a text asking when it would be ok to come in and work out and got no response for 24 hours. One thing you learn about Carlos is he takes a while to get back to your texts, but I finally got a response and set up a time to come in the following morning.

That next day I already had my doubts. I didn’t want to get up out of bed, and I was already thinking of as many excuses as possible to flake out. I finally got out of bed and forced myself to the car, and then I sat outside the gym for at least 20 minutes, again just trying to find reasons not to go in. I found the courage to step out the door and take those steps up to the entrance and in I went.

A few steps in and I heard the now familiar greeting, “WHAT'S UP?” yelled across a warehouse, converted into a gym with the word PLYOFIT written across the wall in big red and yellow letters. I inched in a little more half excited, half terrified. After introductions, we went right to work, and it’s no exaggeration when I tell you that 20 minutes in I wanted to give Carlos the middle finger and find an exit. I had already decided I was going to survive today and I was out, never to be heard from again.

40 minutes in I was just ready to say, “F**k it” and die right there on that floor. An hour in and I swear if it would have gone a minute longer I was going to have to fight this man if I could just muster up the strength. I’m 294 pounds, why in the hell does he think I can do these things, why are we not putting on the training wheels and doing baby workouts? Why was he so damn confident in my ability to do these things when I was absolutely sure I couldn’t? He was way too excited every time I succeeded at anything and for that, I knew he couldn’t be trusted. My mind was made up, there was no tomorrow for me here at Plyofit. What the heck does that mean anyways, Plyofit?

So as soon as he gave me the fist bump (which anyone who works out there can tell you means you’re done and get the hell out) I was ready to bounce. But before I could run out the door and make my great escape, he pulled me aside for a conversation. He asked me why I was coming in, what my reason was for wanting to make a lifestyle change, and for the first time, I voiced out loud exactly why I wanted to get healthier and how important it was to me. I’ll never forget how he just looked at me and laid it all out for me. He told me that he would do whatever he could to get me where I wanted to be but he wasn’t going to sugarcoat it. He said I would only go as far as I was willing to take it. What he showed me in the gym would have it make its way into my everyday life.

At that moment I was all-in because I knew he wanted this for me as much as I said I wanted it for myself. Just like that, instead of disappearing into the abyss I turned around and without thinking told him I’d see him tomorrow. The only thought I had was, ”Shit, what did I just get myself in to?”

As a hefty person, you learn to mentally test everything. Can I fit in that chair? And if I do fit, how sturdy do those legs look? If I try and squeeze between that group of people will I undoubtedly knock someone over with my belly? Should I risk getting on this ride at Six Flags because if this shit doesn’t close and I have to do the walk of shame, I swear I’m going to lose it. As a master of this game, I knew what was going to be asked of me was not possible, but I was willing to try. You see as much as I credit my nieces, and my desire to be good enough for driving me there were a million other things I was using as motivation.

The time I was at a family party and we were picking teams for volleyball and I wasn’t chosen, never again. The time on an airplane and the seatbelt wasn’t big enough, so I had to ask for an extender, never again. The time we went to a convention and they were giving out free shirts and the biggest size they had was a large (I was a 3x at the time, and I still have the shirt by the way) so I took it embarrassed, never again. The time we were signing up for Planet Fitness and they were giving out a free shirt and again didn’t have any big enough (seriously people, if you’re ever giving out free shirts think about the hefty portion of our population) so again I was embarrassed and without a free shirt, never again. These moments in my life of shame and embarrassment, these moments kept me down for so long in the gutter depressed. Now they were going to prop me up and keep me strong, because with the help of Carlos and Plyofit I knew that I was never going to experience those things ever again.

We were off to the races, a very slow race to start, but a race nonetheless. Oh man, once we got past the intense burning of my muscles, the stiffness, the aches, the pains, and the overwhelming feeling that I couldn’t go another day like this, everything was great. Yet I hadn’t dropped a pound in a month of hell and I was feeling skeptical. That’s where a lot of people run into issues, but it’s not all about the weight. At that point, I was able to do things that I couldn’t a month ago. I was stronger, my range of motion had increased by so much, and most importantly I just didn’t feel as helpless. My body was transforming and I was getting impatient because of the scale so I made a vow to myself: I’ll stick with the process and eventually that scale would read what I wanted to, but until then I would work harder and harder to ensure that I would get there eventually.